How are mid-range smartphones tested by test magazines?

Also in the middle class there are models with elegant design; for example, the P8 lite from Huawei . (Image source: huawei.com)

The quality of smartphones in the price range of less than 300 euros has risen steadily in recent years. In comparative tests, the ratings of the cheaper devices are getting closer and closer to those of the upper class. The test methodology of the magazines differs in Mid-range devices, not in tests of high-end and high-end smartphones. The focus is often on the display quality and the quality of the main and front camera, as the differences between the individual models are most evident in these areas. With the display, most devices are now oriented to the Full HD standard, which is still widely used in the upper class. Occasionally, displays with simple HD resolution are also installed. The difference is visible in direct comparison, but the image sharpness is good for both variants. Panel technology usually uses IPS displays. The High-contrast OLED displays are usually reserved for the upper class.

There is no question: Even with mid-range devices, it is possible to great photos Shoot. However, this usually only in good lighting conditions. With little light – for example at dusk or indoors – the qualitative deficits compared to more expensive smartphones become clear. The performance of the internal components is also tested in the test laboratories. Most mid-range smartphones deliver enough power for everyday tasks. You have to make compromises for particularly demanding tasks such as 3D games or video editing with your smartphone. A typical pitfall is also the memory equipment: Manufacturers often save on fixed memory and the memory is too small for some models.

The slightly lower display resolution and the less energy-hungry processors also bring an advantage in practice in terms of battery life, which is always critically eyed by the testers. Mid-range smartphones are very different in terms of endurance. Many achieve similar running times to the upper-class models, but some also come on long runtimes of several days. 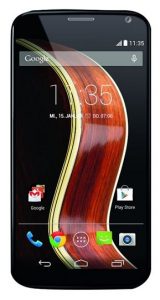 What are the main differences between mid-range and high-end smartphones?

In mid-range smartphones, one finds surprisingly often the technology, which was still exclusively in the top class one or two years earlier. Trends such as double cameras, curved or almost borderless displays are usually also represented in the middle class after one or two years. The intense competition between the many different smartphone manufacturers leads to increased quality of equipment with constant or even falling prices. Therefore Mid-range smartphones are increasingly approaching the upper class.

Why are there no devices running iOS or Windows in the middle class?

Apple relies on a closed product world and wants to maintain a high-quality standard across all iOS devices. For this reason, iOS is not licensed to third-party vendors. The iPhone is marketed by the American company as a premium smartphone and is therefore expensive. Even older generations always cost more than 300 euros in their current condition. The cheapest iPhone is the iPhone SE (2020), which is still an upper-class device – if you are definitely looking for a comparatively cheap iPhone, you can’t get past the SE. Windows Phone has not been able to establish itself on the market and has not been further developed since 2017. Windows smartphones under 300 euros are only needed to be found. Before purchasing such a smartphone, it should be borne in mind that most apps in the Windows Store are no longer expected to receive updates. However, Microsoft continues to provide security updates for the operating system.

What about mid-range smartphones for software updates?

All mid-range smartphones rely on Android as the basis for their operating system. While manufacturers like Motorola often leave Android almost unchanged, other manufacturers put their hands up and change the system interface or add additional features. When a new official Android version appears, the manufacturer has to adapt the new version to its individual interface, which means that system updates are only expected late. Most manufacturers deliver updates for their smartphones for one to two years and then stop supporting them. So you can expect one or two major version jumps for your mid-range smartphone. Security updates are typically distributed longer, but some vendors often delay them.
Chinese company Huawei is a worried child about Android updates. Following U.S. sanctions as a result of trade disputes, the company was stripped of its license to use Google apps. This applies to the Play Store and all pre-installed apps in the Android operating system, such as Google Maps. In the meantime, however, the situation looks a little more relaxed. While it’s not clear what the Android future will look like for Huawei smartphones, it’s safe to say that before purchasing a Huawei smartphone, you should follow the latest media reports about this dispute between the United States of America and China, or Huawei, to make sure you’re buying a device for which there will be Google updates.

As of April 2020: Currently, Huawei smartphones are shipped with Android, but this one does not have the Play Store for apps. This applies to all Huawei devices that after May 19, 2019 have appeared. Instead, Huawei has its own app market called App Gallery which also contains self-produced apps. The big disadvantage, which is likely to be a clear knockout criterion at the moment: Apps developed by Google are also missing there. This includes WhatsApp, Facebook, Messenger, Instagram and Google services such as Gmail. Netflix and Spotify can also only be installed via detours.